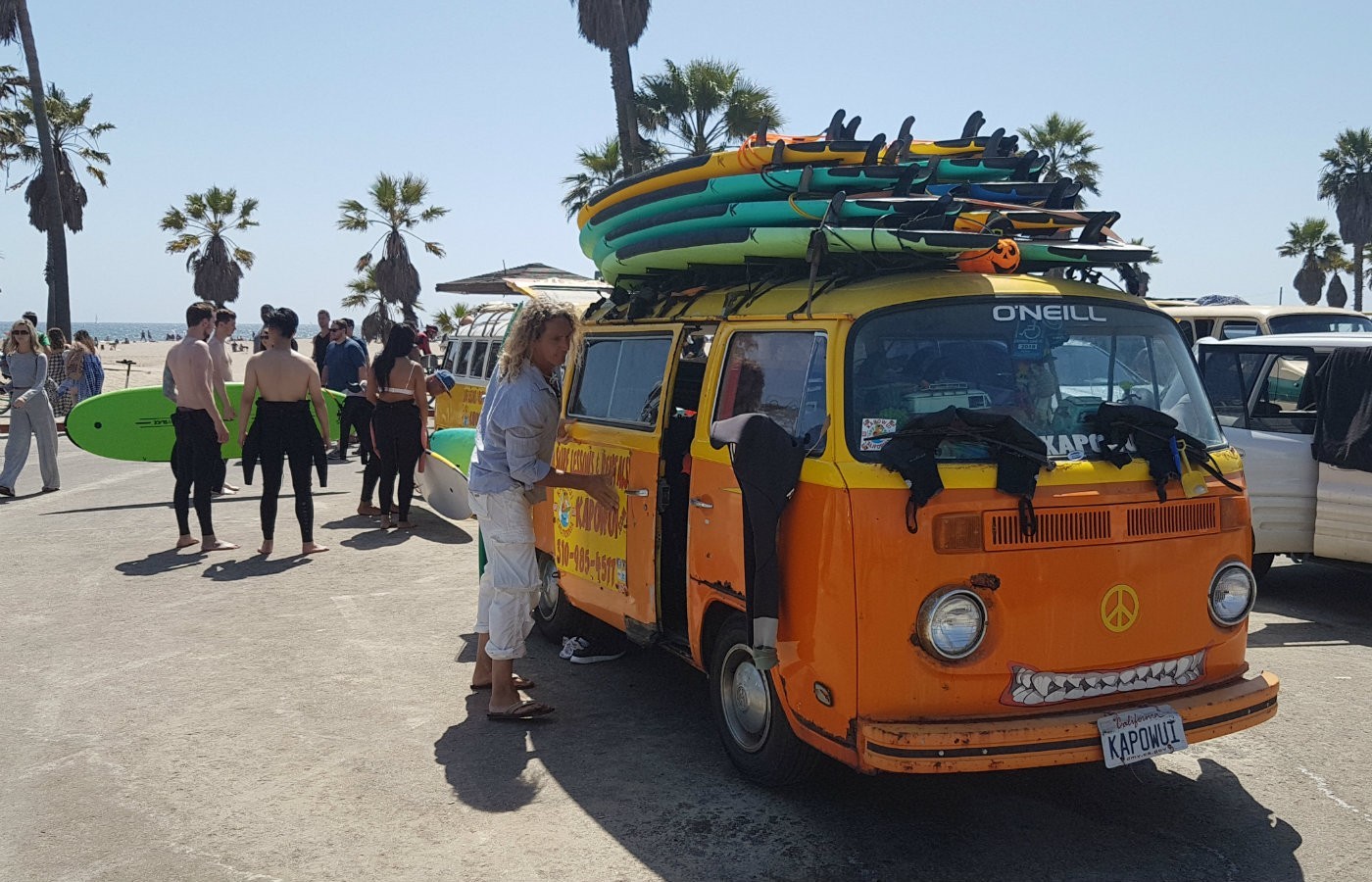 Didn’t really. That was just an attention grabbing headline. Surfing is however now an Olympic Sport. Just found out. Had we known in advance Anne’s Vans could have sponsored the event but it is too late now. Wonder how much they charge. Could have thrown a couple of hundred at it. Pounds. Or Yen. A missed opportunity.

When people think of VW campervans they naturally associate them with a surfing lifestyle.  A couple of boards on the roof, garlands hanging from the rear view mirror, battered straw hat, shades, that kind of thing. Gotta live the dream.

We have had people take surfboards with them when hiring a campervan. The boards usually get put inside though not on the roof. There is plenty of room inside. Also there is no surf available in Skeggy or Maybo which are the nearest “resorts” to our depot in Lincolnshire. You need to go to Cornwall or Wales. Or Hawaii but our vans aren’t insured to go to Hawaii. Cornwall and Wales are fine.

Also it would take ages drive to Hawaii. It would be a lot easier if you just flew there and hired a van when you arrived. I’m sure they must do that sort of thing. You could probably even kip on the beach although the noise of the surf might keep  you awake.

There would be side benefits. Guaranteed nice weather and access to Hawaiian shirt supplies at source. On the downsides it would be a lot cheaper to hire van from Anne’s Vans and stay in the UK. Just take a jumper with you. Will be fine.

I’ll just finish off with a disclaimer that Anne’s Vans didn’t really sponsor the Olympics Surfing event even though it is a cool idea. It would not be money well spent and we would probably have to mortgage the house, and the kids, and the vans – ok well maybe not the vans 🙂