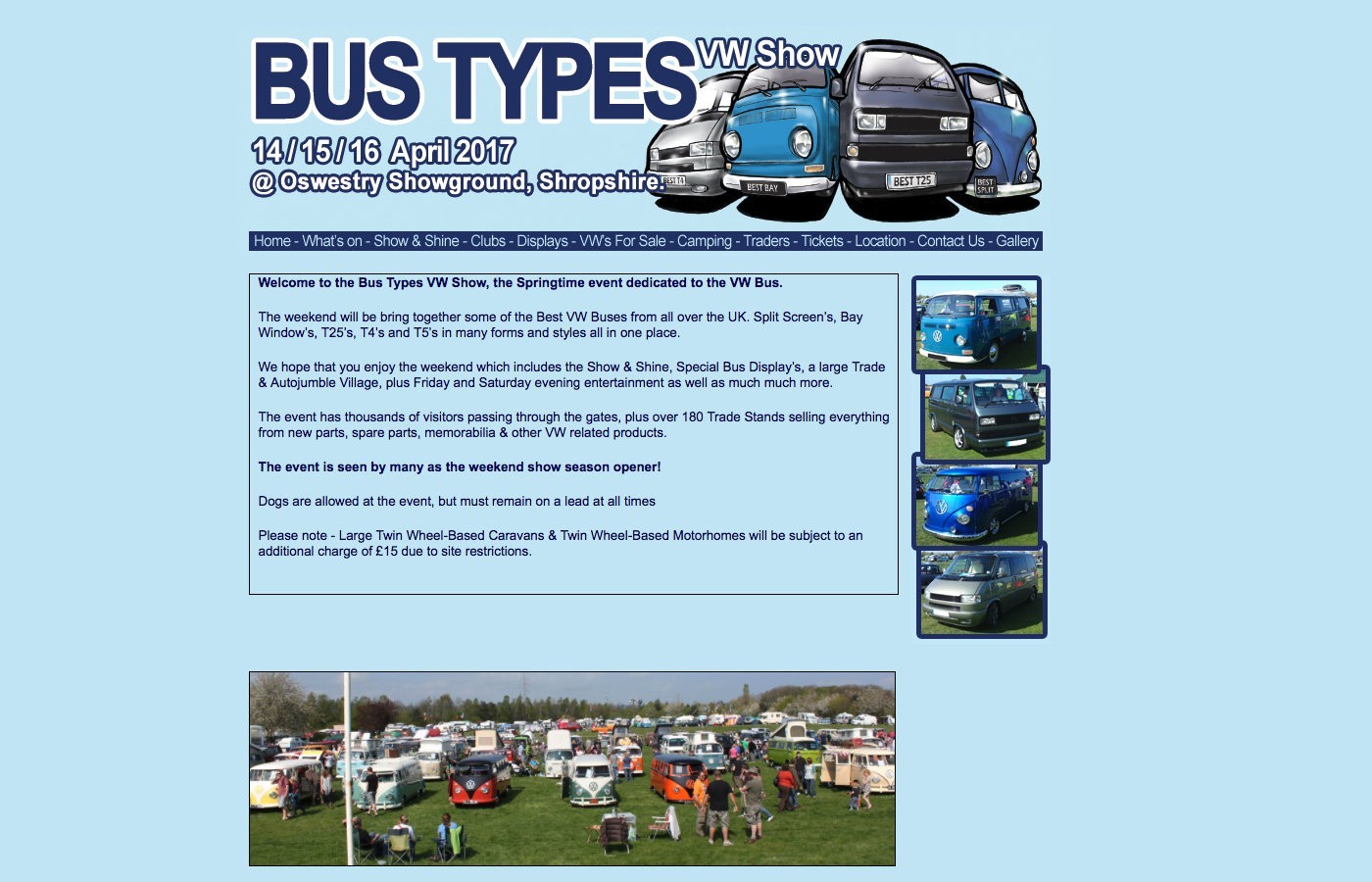 There are a couple of VW campervan events coming up over the Easter Weekend, both near the England Wales borders. Camperfest is at Chester Racecourse between 13th and 17th April. It’s billed as a part of the Chester Food & Drink Lifestyle Festival so something for everyone. Not sure it’s a campervan specific gig as they mention caravans (not my style) and tents (ok) in the blurb but I hail from near Chester so can vouch that it is a fab part of the world.

There is a picture of Greg Wallace from the Masterchef programme on TV on the website so one assumes he is on display somewhere over the weekend. Laarvley 🙂

A little further South near Oswestry is Bus Types. This is a little more hardcore and has VW campervan trade stands. It is billed as “the weekend show season opener”. We have never been but we should make the effort one day.
If you want to see a wide range of Split Screens/spitties, Bay Windows, T25’s, T4’s and T5’s then this is the place to go, They even have an awards ceremony with over 20 trophies up for grabs.

There is plenty on including over 180 Trade & Autojumble Stands, a VW’s For Sale Area, Special Bus Displays and a VW Bus Only Car Park. There are also live bands and a disco on the Saturday night. I especially like the fact that the organisers bill the presence of “Toilet & Site Cleaners” as an attraction 🙂
Our van Betty, as you may know is a T2 Bay. This means it’s a second generation VW campervan, the first being the T1 or splitty. Our T2 was first registered in December 1971 which classes it as an “early Bay”.

Anne’s Vans is a Lincoln based campervan hire company. Check us out out if you want a cool weekend getaway or a wild week in Wales…