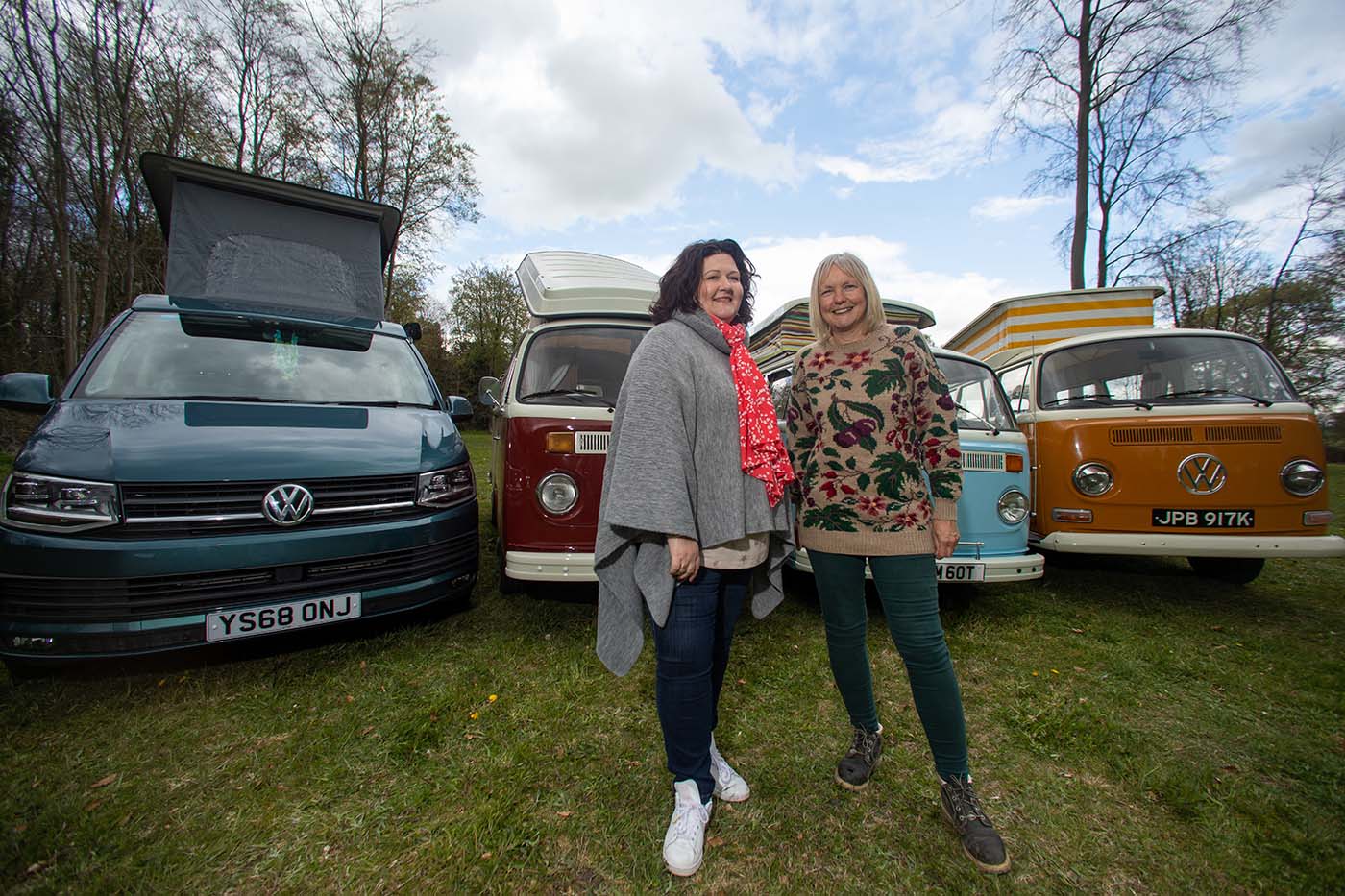 VW campervan firm Anne’s Vans has become so busy during the covid pandemic that it has extended its fleet by taking on vans owned and operated by private individuals in the county.

The first of these agreements is with Ruskington based Debbie Frost whose campervan named Vera, a professionally converted VW T6  in bamboo green, is very modern in contrast to the vintage VW campervans owned directly by Anne’s Vans.

Debbie Frost says “We rented one of Anne’s Vans a couple of years ago and loved it so much we decided to buy our own. Our new van is sat on our drive for most of the year and it seemed a shame for it not to be used more people. By renting it out through Anne’s Vans we can make a bit of money and help pay towards the cost of running the van.”

Anne Davies of Anne’s Vans says “It’s great to be able to extend our fleet by renting out Debbie’s Van as we are now so busy. More and more people are hiring our vans for staycations because overseas travel is not encouraged. We were already getting busier and the business has been expanding but the covid pandemic has given us a real boost.”

The new van Vera is a fantastic addition to the Anne’s Vans fleet giving customers more choice and allowing Anne to rent out vans all year round. The vintage VWs are locked up in dry storage for the winter. The new van however has all mod cons including a really efficient heating system and is suitable for all year round use.

Anne’s Vans is a real local success story that began five years ago when Anne decided to rent a super cool campervan for going on weekends away. However she found it very difficult to find one anywhere near Lincolnshire. She decided to buy one and rent it out when it was not being used by her and her husband Tref.

The demand was such that we periodically bought another van and now have three vintage VWs plus the modern van in today’s announcement.