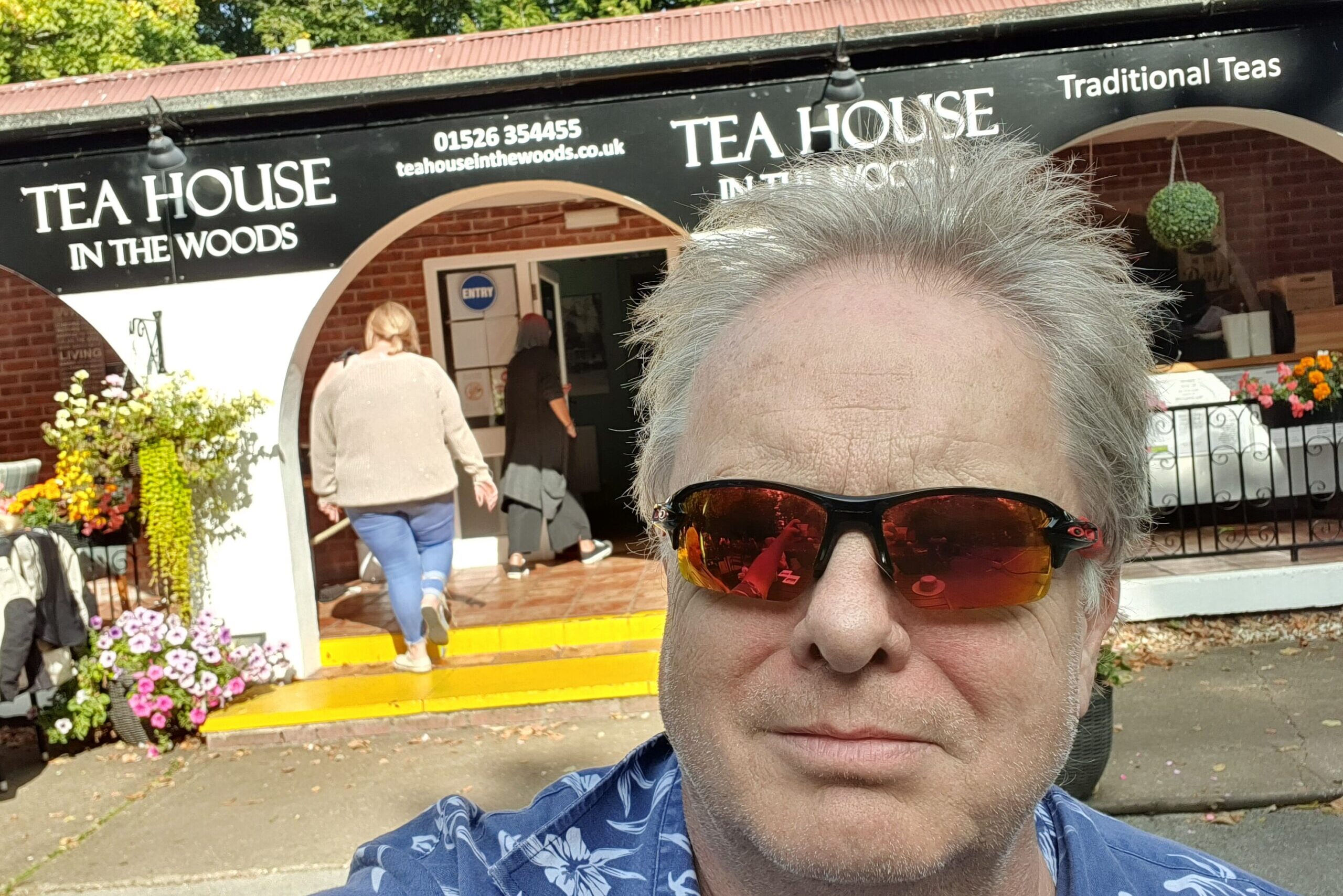 We live in Lincoln. Woodhall Spa is only 18 miles away. A half hour drive at most. However Woodhall Spa feels as if it is  million miles away both in distance and time.

Woodhall was the home of the 617 Dambusters Squadron during WW2 and has one of the country’s finest golf courses. That’s not why we go though. The minute you get to Woodhall Spa you thing you have just wound the clock back 70 years. It is an island haven in the middle of Lincolnshire farming country and we just feel our shoulders starting to relax the minute we arrive.

Woodhall has quite a number of campsites to choose from. We typically stay at the Woodhall Country Park but that isn’t to say it’s the best. It’s just where we are used to going. We go with a crowd and have the same routine every time.

Friday night we all rock up at different times and when we get hungry someone nips to the chippy for fish and chip suppers all round. Sometimes we get a takeaway curry. Woodhall has a great curry house who will even deliver to the campsite. It also has a Chinese and at least three pubs. When we collect the curry we nip in to a pub for a quick pint whilst we are waiting.

Saturdays are spend chillin’ around the village. There’s plenty to see and loads of caffs. There’s also a deli, bake, butcher and a couple of places to stock up on general supplies – the Coop and Budgens.

We normally cook brekkie outdoors and then later ease into the evening with a BBQ. There are plenty of walks, play parks for kids, bowling greens tennis, golf and a great outdoor pool in Jubilee Park. There is also the Battle of Britain Memorial Flight to go and see not too far away in RAF Conningsby although be aware that they are usually away flying at weekends. Oh and I nearly forgot. You have to visit the Kinema in the Woods where the organist still rises up out of the stage and also take afternoon tea at The Teahouse In The Woods.

Woodhall is probably our number one fave place to go in a van. When the kids lived at home we would go with other families and let them run on their own around the campsite. Now the kids have left home we still go with other couples and do exactly the same things.