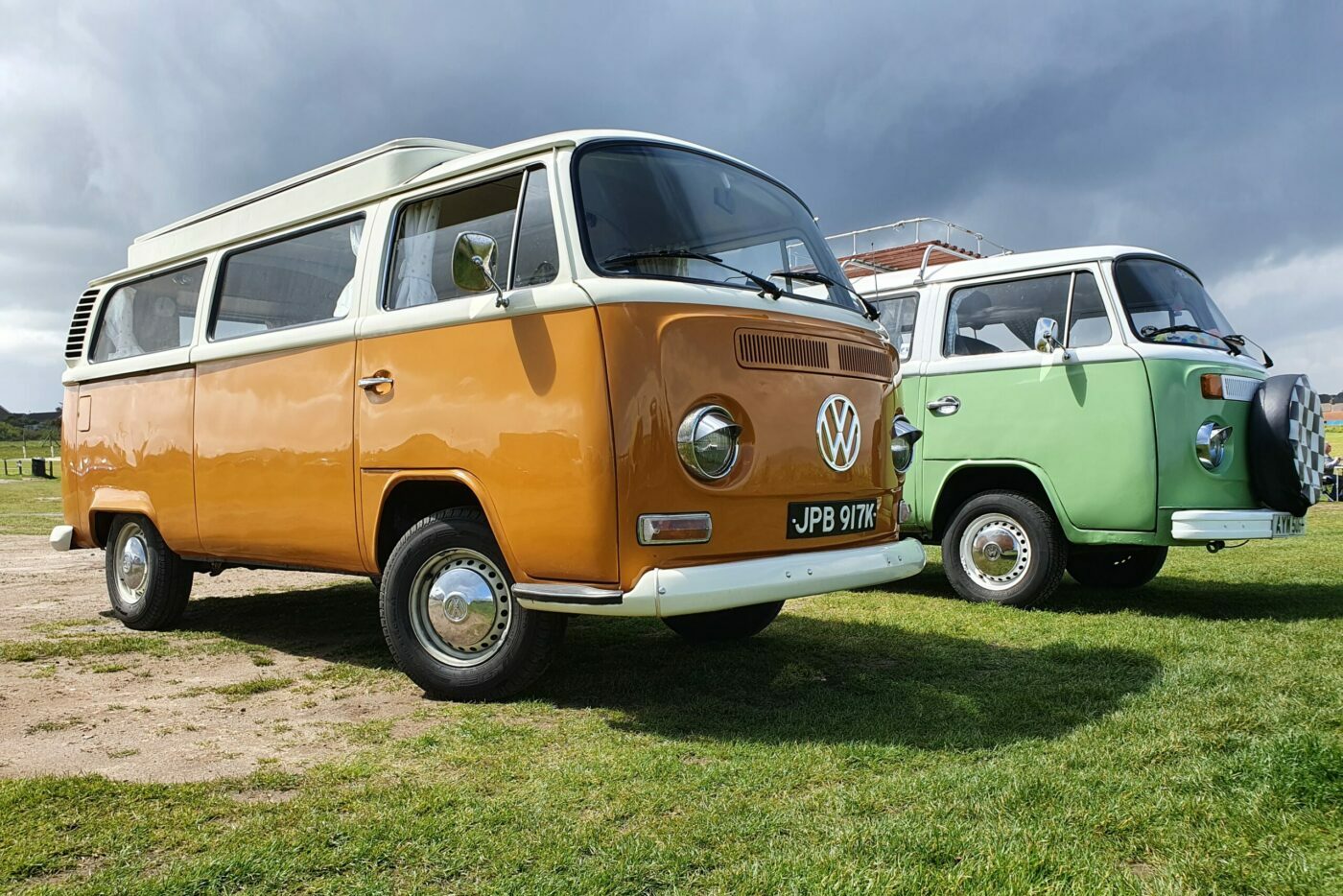 The Anne’s Vans team headed to Norfolk last weekend for a bit of a group get together with some of our campervan buddies. Cromer is around a 2 ½ hours drive from Lincoln and leaving at around 3pm we made it down before six. We would have been there earlier had Tref not forgotten to pack the camping chairs so we had to divert to Argos in Cromer to buy a couple more!

Tref also forgot to pack the sausages and bacon but fortunately our mechanic Dave brought more than they needed as we didn’t go hungry. Once we had settled in we all headed to the seafront for a bit of a walk. Tref and I set off after the others but funnily enough arrived at the “Number One” chippy before them. They had got themselves lost whilst Tref had the OS map on his phone.

There was a massive queue of people waiting for chips but we eventually made it to the front and placed our order. As soon as we had done this they closed the shop. This was before the others arrived! We all had a good laugh about that one 😉 Fortunately there was another one open down the road and Dave wanted a kebab anyway.

Back at the site we eased into the evening sat in our new camping chairs and eventually hit our beds for the deep sleep that always comes from being in the great outdoors.

The next day we woke earlyish to the sound of birdsong. It was a light breakfast as we had booked two tables for lunch at a fabulous fish restaurant called Rocky Bottoms. On the way Tref stopped at East Runton Butchers to buy some steaks for the BBQ that evening. We went on ahead but somehow he managed to arrive at the restaurant before us. He had gone straight along the road whereas we all took the scenic route along the headland. Bit of a theme emerging here!

To start with we had a dozen oysters between us – delish. Then I had crab linguini and Tref had monkfish (and chips!). Great food although because we were sat outside (covid restrictions not being lifted until the following Monday) we needed five layers of clothing and it did rain on us. It matters not 🙂

Afterwards we stopped off at the Fishing Boat pub and had a couple of beers before headed back to the campsite. East Runton is a lovely village if you get the chance to visit.

At the campsite we once more eased into the evening and eventually lit the BBQ. Afterwards a bit of dancing and another heavy night’s sleep. It rained heavily overnight but fortunately stayed dry long enough in the morning for us to dry out the awning before heading home. When we left we drove down to the seafront to get a nice photo of the campervan with the water behind. We couldn’t get near enough for this to  work but did bump into  beautiful green VW van called Tilly – see the photo.

Another highly satisfying trip away in one of the campervans – this time Betty. If you want to visit Norfolk we can  highly recommend Manor Farm Campsite. Family friendly with big pitches, good facilities and only half a mile from the sea.