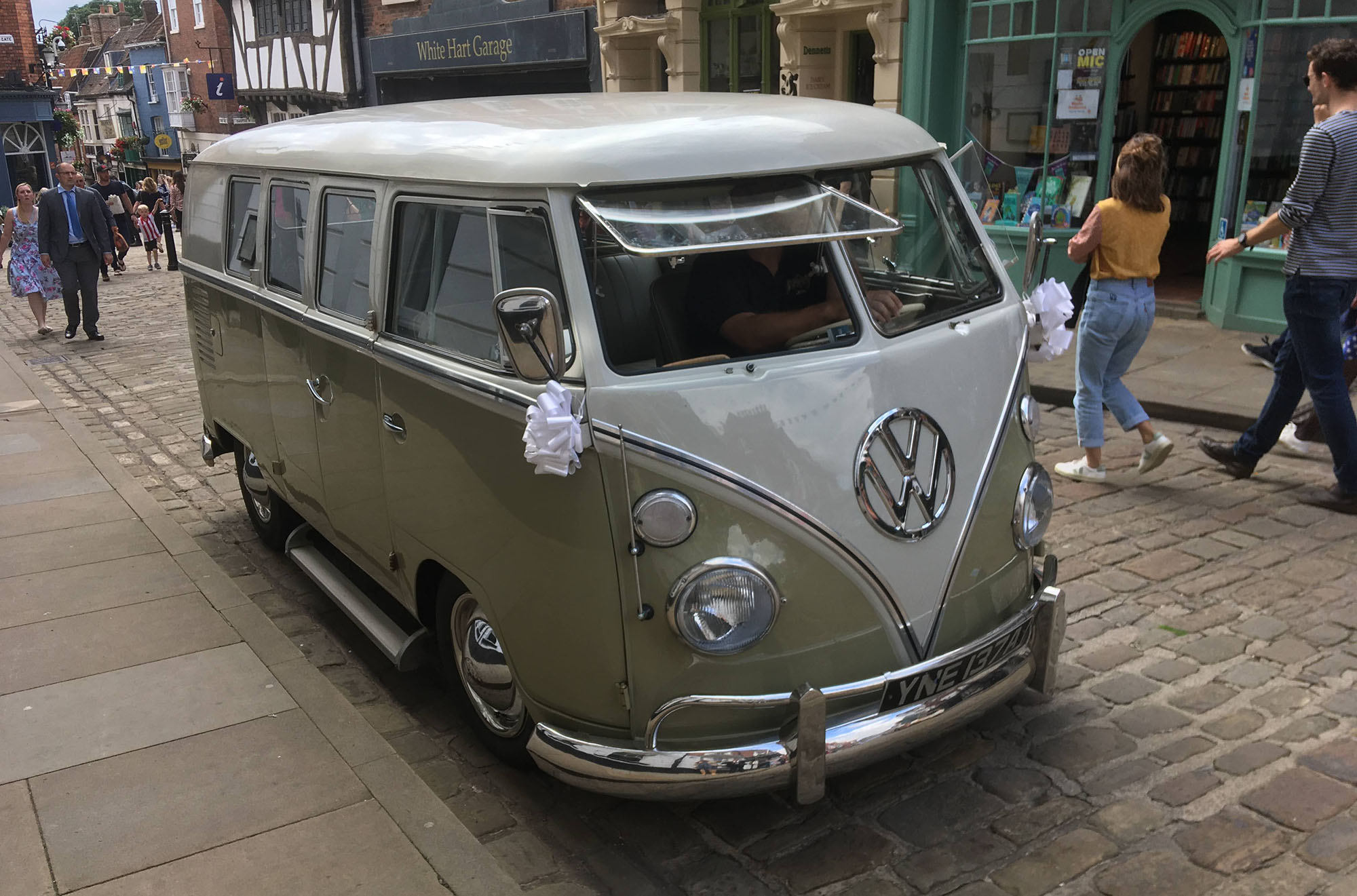 I get excited when seeing other VW campervans when out and about. Last weekend we were at a wedding in Lincoln where the Ruston car was used but there happened to be two other weddings going on in the Bailgate that same afternoon (it’s a good job they didn’t all congregate at the back of the cathedral at the same time for photos).

This beautiful olive green VW splitty campervan was being used for one of them. Our vans are often hired for weddings. There are some lovely pics in our gallery of customer photos. People also take them away on honeymoon after the wedding and we have at least one example of a marriage proposal being made (and accepted) whilst away in a van.

Then Tref had to go to the Isle of Man and snapped this white VW Type 2 Bay on a day out in Port Erin (for what it’s worth). The frustrating thing was that when they got back in the car to head home they passed two more perfect specimens further along the prom but there was no place to stop and take photos.

Because the Isle of Man uses a different registration system we can’t tell what year this one was built but it is clearly an early bay so 1971 at the latest. Early bays date from between 1968 and 1971. Our van Betty was 1971 and is therefore an early bay but the others came later and so are “late bays”. Early or late we have the campervan for you 🙂

If you are interested in hiring an early or late VW bay campervan you know who to call – the number is 01522 438888. Check out availability by clicking on the “check availability” button on our home page. Have a great day y’all.

PS whilst splitties look great they aren’t as practical as campervans and are typically just used as “busses”.