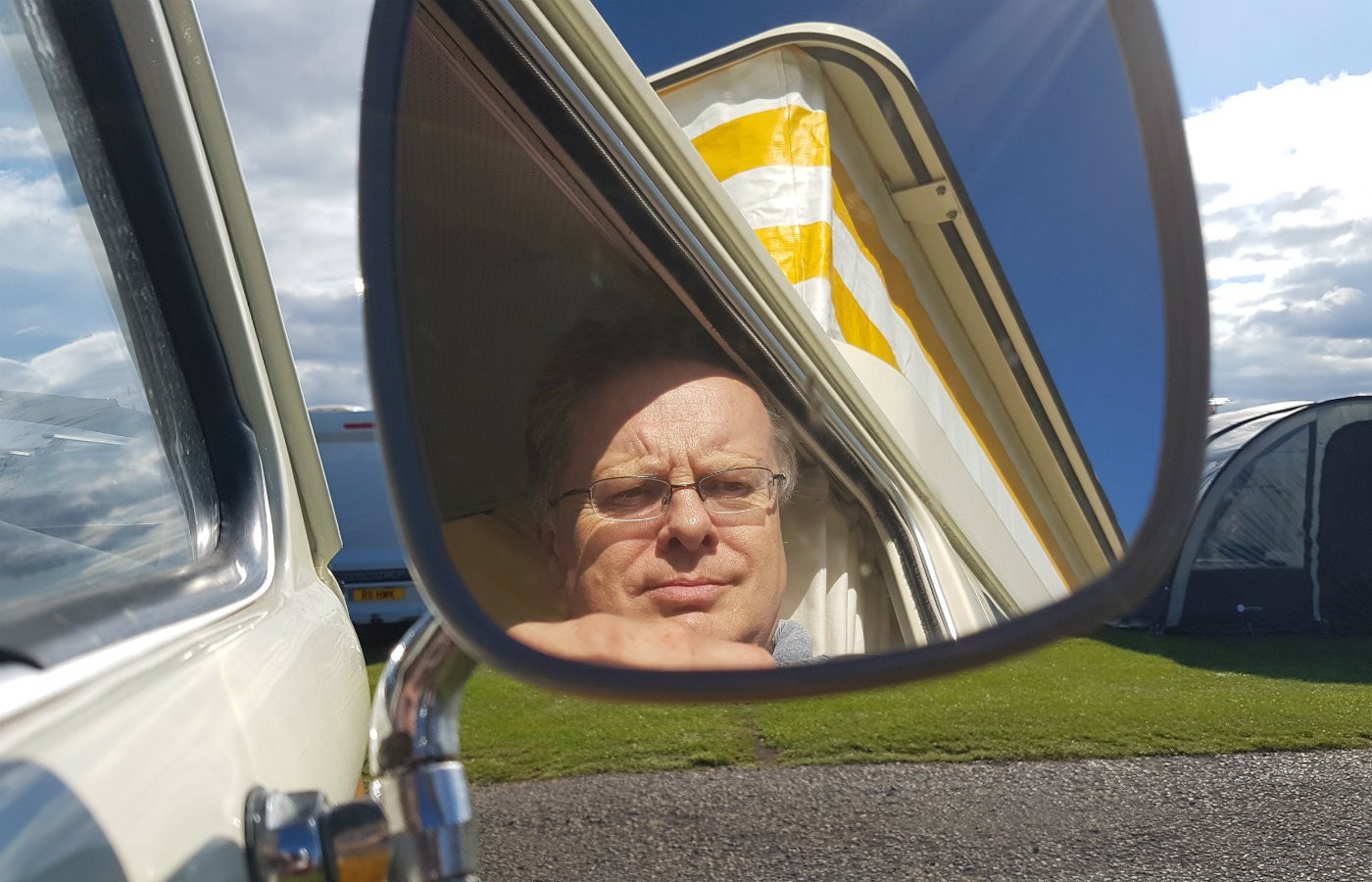 Selfie in wing mirror in Whitby

The photo is a self portrait of husband Tref taken looking into the wing mirror of our VW T2 bay camper van Betty. Taken at the Whitby Holiday Park, in Whitby. Near Whitby Abbey for what it’s worth. Above Whitby. Easy to walk down but much easier in a taxi on the way back 🙂

Most people on site were in caravans or motorhomes but there were a few camper vans there. In fact much to our surprise we came across another VW T2 bay camper called, believe it or not, Betty! This one was blue and left hand drive and the owners had done a terrific job with the interior. No pics of the interior sorry – we felt it would be a little intrusive especially considering we didn’t know the people. Pic at the end of this post.

Although we are more into wild camping, using a “proper” caravan site does have its advantages: toilets, showers, shop, electric hookup (better for the fridge) and in all fairness to the whitby Holiday Park the pitches were of a reasonable size as they had to accommodate a caravan, its awning and the car used to get it there.

All we had was the van, We had dispensed with the awning as there were only the two of us and the weather forecast was fine. In fact the weather turned out to be great after the heavy showers we experienced whist driving up there and we needed to turn on the air-conditioning on the way home. The air conditioning in a VW T2 camper van involves winding down the windows and letting the warm summer air blow through your hair. It is controlled by varying the height of the windows.

In a modern car speeding along a motorway this isn’t necessarily practical as such vehicles tend to have higher top speeds and the rushing air gets uncomfortable. That will be why they have had to implement fancy and expensive a/c systems. Not in our VW camper. She doesn’t go fast enough for the air to be a problem 🙂

There are also two dashboard mounted vents that you can use if it is raining and you don’t want a wet shoulder.

That’s it for now. If you are looking for a VW campervan hire in Lincolnshire or its surrounding counties then check out our availability. There is still plenty of summer left.