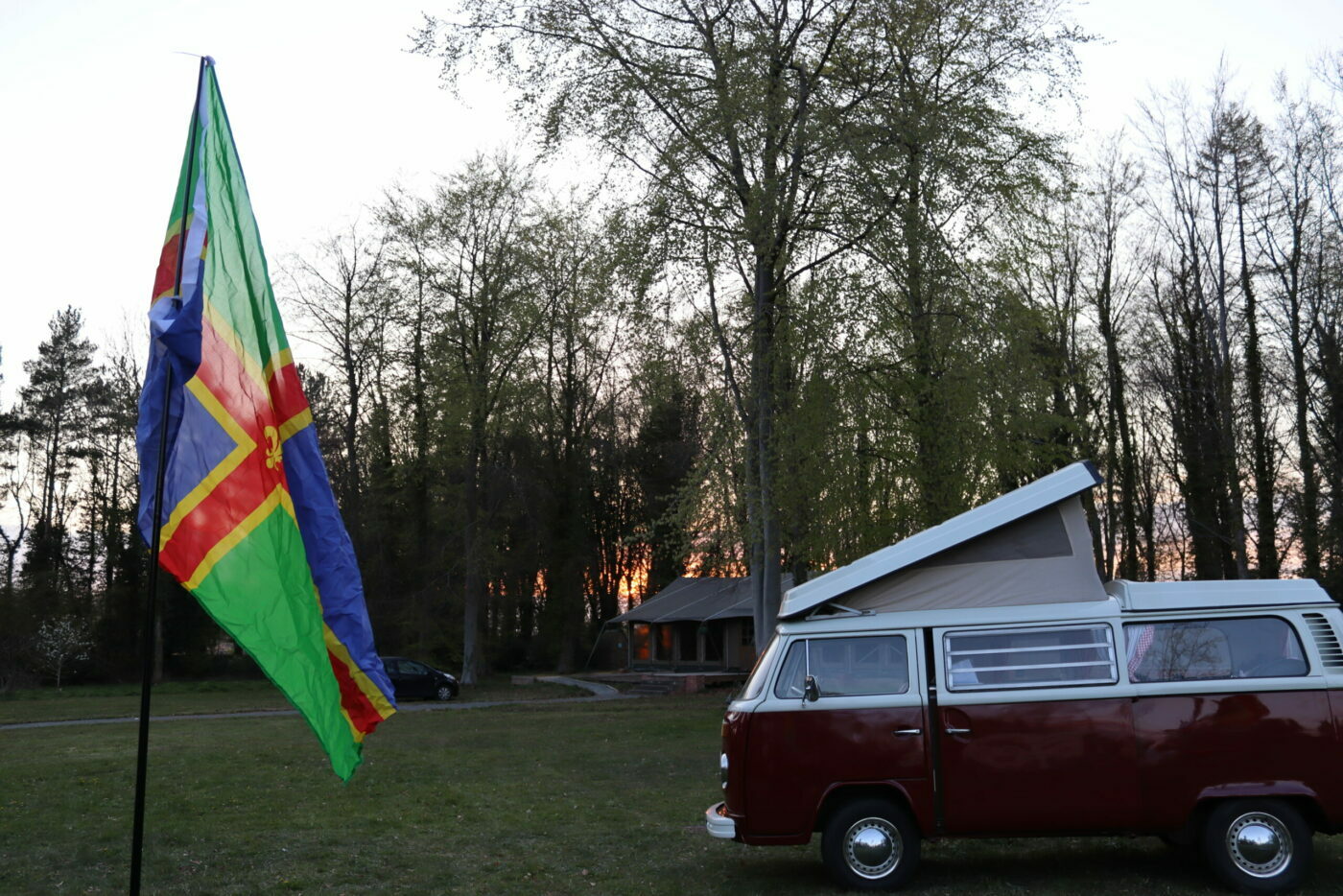 As the sun set over the campervan camp at Stourton Woods the breeze dropped and the flag of Lincolnshire that had been fluttering proudly fell limp. We had a number of flags flying high over the camp including the Irish tricolour, the Welsh red dragon, the flag of Uganda purchased at some charity event years ago and one that nobody knew what it was until we googled the image and found it was some semi autonomous part of Sweden whose name I can’t remember and of which we don’t appear to have a photo anyway.

Before anyone complains and says “oy where’s the union jack” or similar we have a couple of bags of flags and Tref just brought one at random and the flags described are what was in that bag. The flag of Uganda is a particularly fine one anyway with a roadrunner as centerpiece.

The day’s photography was done and we gathered ‘round the BBQ to watch Tref cook sausages and burgers. Very gastronomic it was. It wasn’t helped by the fact that we had forgotten to bring the round middle bit of the barbeque grill and so the sausages had to be carefully arranged around the outside.

As soon as the food was scoffed we removed the griddle anyway and fed the bbq that had now become a firepit with fuel gleaned from the floor of Stourton Woods. There is something timeless about a group of friends sat around a fire staring into the flames.

Our friends Andy and Suddy had their toddler Charlie along with him and he was soon snuggled up in bed in campervan Bertie leaving mum and dad to enjoy themselves with the others. The great outdoors can be very tiring especially if you are aged 18 months and have been running around a field all afternoon.

Unfortunately for Charlie he missed the toasted marshmallows. Don’t worry Charlie, your time will come 🙂

The photos in this post are some of the many that we took over the weekend which give you a feel for the adventure.