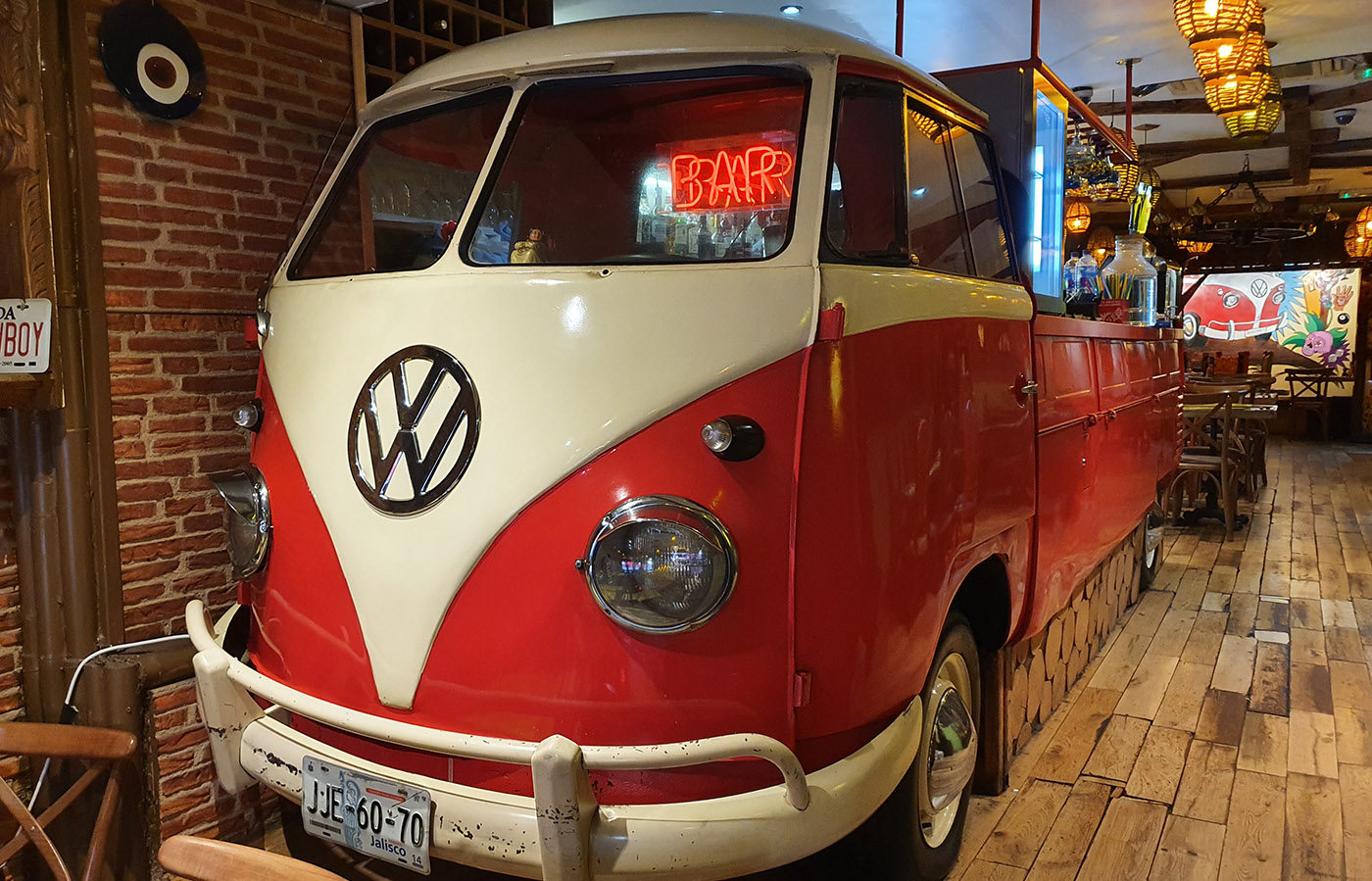 Last week we had lunch in a Mexican restaurant In Islington in London called Desperados and it had a beautiful VW Splitty being used as a bar. You might say it is a shame that the splitty was no longer on the road but it was a left hand drive and I can’t really think of a better alternative for its use than a place to serve cool drinks.

We had some tortilla chips and salsa, guacamole and fajitas, for what it’s worth accompanied by Margarita cocktails. Bit heavy for lunch you might think but we didn’t sit down until around 4pm so it was more in the way of an early tea. We were the only ones in the restaurant!

The association of vintage VW campervans with Mexico is not far off the mark seeing as many of them were used in Southern California. The vision of a VW bus with surfboards on top (or inside) is a classic one. Funnily enough we’ve just come back from a road trip in California and were disappointed not to see any. It’s winter I guess. It isn’t totally true that we didn’t see one. It’s just that the ones we did see whizzed by on the road as we were going the other way and none of us were quick enough off the mark with our phones/cameras to catch a pic.

The new season is coming towards us fast. We have a test weekend in a couple of weeks where both vans will spend their first night of the season at an undisclosed campsite in Lincolnshire. If you spot us please do come over to have a look at the vans. Might even take you for a spin 🙂
Anne’s Vans is a vintage VW campervan hire company based in Lincoln. We currently operate two vintage VW bay vans. We are in easy reach if you live in the East Midlands and we often have hirers from the South of England who pick up a van on their way to the North and to Scotland.