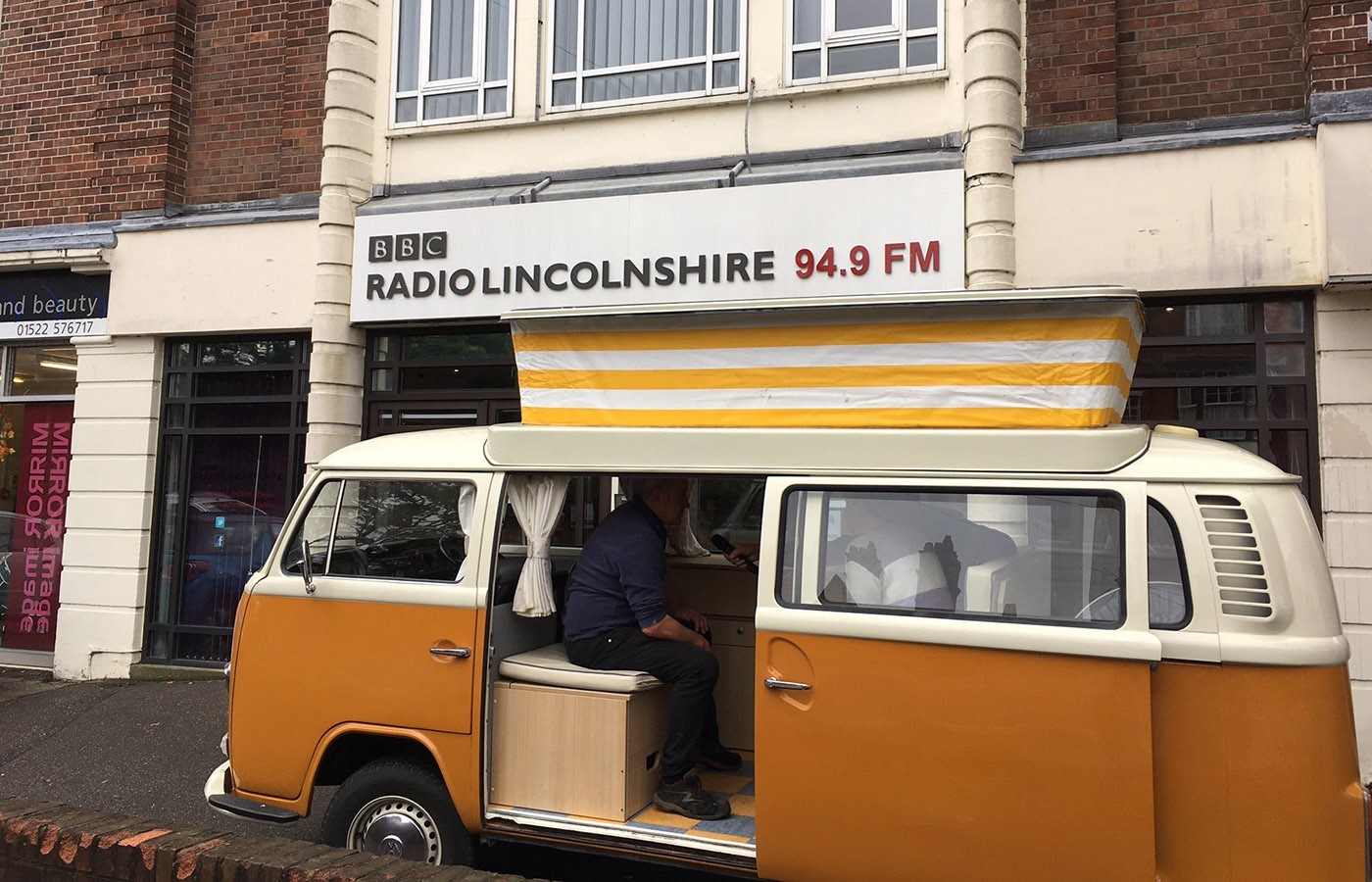 This morning Anne and her able assistant Driver Dave appeared for more than 15 minutes on prime time local radio discussing the Anne’s Vans campervan hire business. The Melvyn Prior show was covering travel tourism in Lincolnshire and his interview with Anne took place inside campervan Betty.

Dave drove Betty up from the depot and parked the campervan outside the BBC Radio Lincolnshire studios. At the appointed time Melvyn moved out of the studio into the open air and the interview began.

The whole family was listening in from the four corners of the UK where they are scattered. It’s not often your mum/wife/sister in law gets on the wireless 🙂 It’s great publicity for our campervan hire business. If we had to pay for that exposure it would cost us a fortune. We are now expecting enquiries to start flooding in! (cmon now 🙂 )

Actually bookings are already well under way for 2020 and it is already looking like a promising year for the business. I guess people are thinking of staycationing if that’s the way to put it. Get in touch if you want a piece of the campervan action yourselves 🙂

We get all sorts of folk hiring our vans. This year we have had several wedding hires and even one engagement proposal made over tea and croissants inside van Betty. How cool is that? We have a few pics of the weddings and engagement trip I’ll be sharing as soon as I get time.

If you want to see our vans they are now tucked away in dry storage for the winter. Although we do have a heater these VW campervans are more in their element in the Spring and Summer months and maybe a short while into the Autumn. We ourselves rarely get the chance to use them in peak season so it’s usually short jaunts in April and September for us.

That’s it for now. Big thanks to Melvyn Prior for having Anne and Dave on his show. Link to Melvyn’s twitter feed here. If you want to listen in click here for the BBC Sounds page. It’s around for a month and you will find Anne on after 11am.

Anne being interviewed by Melvyn Prior inside Campervan Betty

Anne’s Vans is a VIntage VW hire business based in Lincoln. We are in easy reach if you live in the East Midlands and we often have hirers from the South of England who pick up a van on their way to the North and to Scotland.