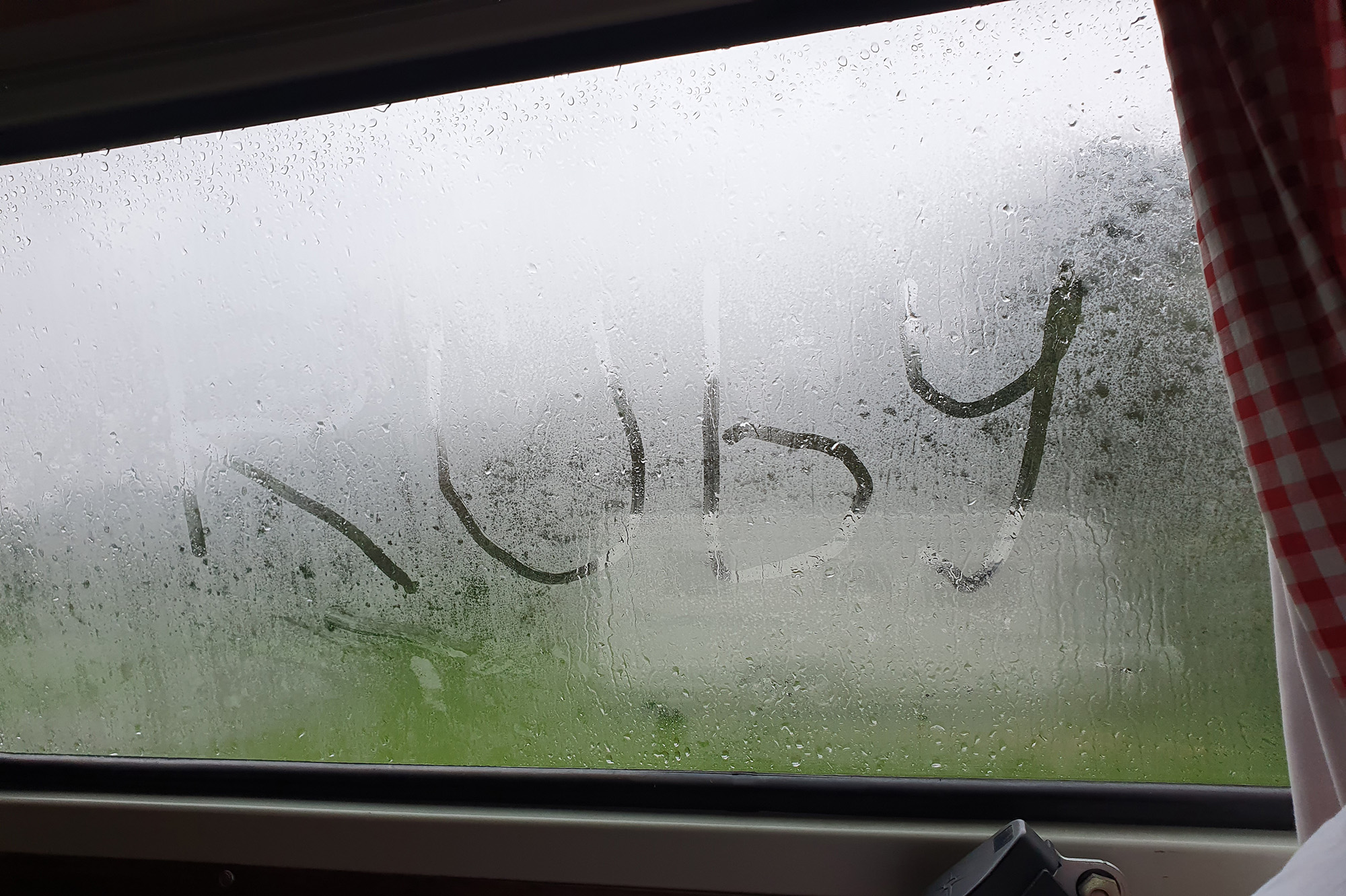 Tired but happy after our annual trip to Woodhall Spa Country Park in a campervan. Felt as if we were the only ones there. Amazingly we got there early and were soon set up although it did take us a while to realise that we had the awning inside out which was why we couldn’t find the guy ropes!

Our usual form on arrival for this weekend is to get pitched and then send someone for fish and chips from the chippy in the village. However the Smiths, who were the only ones in the group coming by car as they were kipping in a “luxury pod” hadn’t arrived and as the chip shop was a good 20 minutes walk away we all set off anyway.

Fortunately as we approached the campsite barrier and to everyone’s joy, the Smiths arrived so we about turned to the vans and got the wine out whilst they drove off and fetched the nosh. 8 lots of haddock, chips and mushy peas!

As night fell and the temperature dropped we moved into one of the vans (ok motorhome) and had a bit of a singsong – old rugby songs which for some reason you never hear these days.

Next morning we cooked our own breakfasts and met to walk into the village. The weather forecast was not good and indeed it rained solidly from around noon to 10pm. This didn’t dampen our ardour and in fact Anne went swimming in Jubilee Park Open Air Pool. Because of the rain she was the only one in the pool!! Was warm enough 🙂

A stroll around Woodhall involves the usual things of stop offs at coffee shops, couple of beers in the pub, lunch at The Tea Shop In The Woods and then back to the vans for an afternoon kip. We also usually buy a few bits and bobs from the deli on the main street but every time we passed it there was a long queue – pandemic social distancing rules inside the shop!

That evening we dined at the Abbey Lodge pub which was a fair old trek from the campsite so we booked a taxis to shuttle us there and back. Good job really as it was still chucking it down.

We were the last to leave the pub and Anne nearly got in the wrong car – the people said to her “you should have gone to specsavers”. As soon as we got back to the vans that was it. Straight to bed, all healthily tired.

On the last morning we traditionally have a big cookout. People bring out their bacon, sausages etc for cooking on Dave’s Teppanyaki grill. Fortunately it had fined up and we enjoyed our last alfresco meal in relatively warm conditions.

Now we have packed up and made it home to start the unpacking process. I counted three waves from other motorists between Wooddall and home. All part of the fun of heading off for the weekend in a vintage VW campervan 🙂 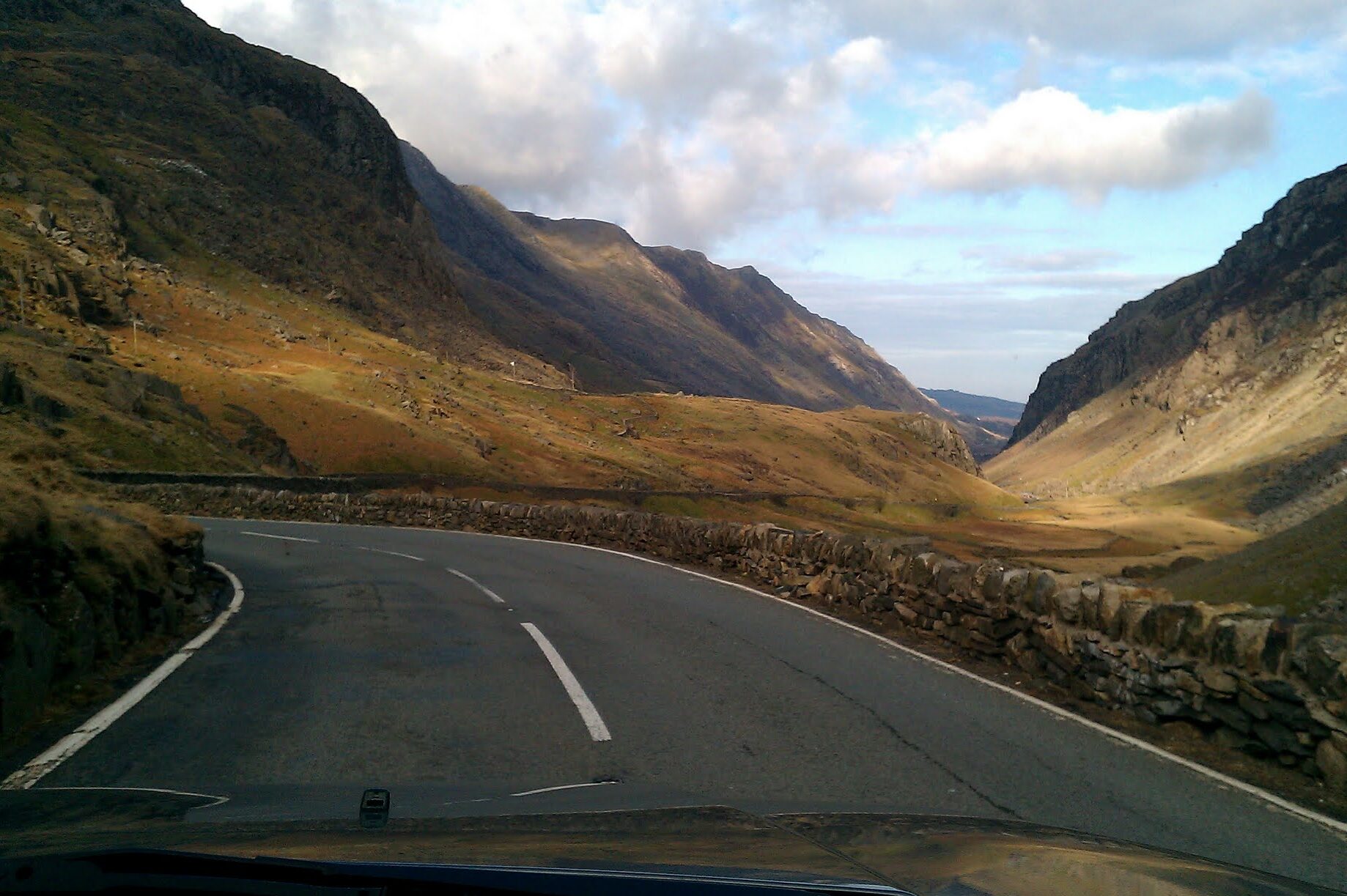 We love this area. You have to like the great outdoors but if heading off in a campervan is your idea of fun then you will have no problem liking Llanberis. Not only are there some classic walks around here but you can also use Llanberis as a base to go off for the day. We have stuck a few ideas down here.

There are loads of other places to go and things to do. Lots of castles and trains by the looks of it. In llanberis there are plenty of pub and restaurant options including the famous climbers’ caff Pete’s Eats. llanberis actually has one of the best Indian Restaurants we have been to anywhere.

We haven’t recommended a specific campsite here as there are plenty to choose from. At just over 200 miles this is about the furthest we recommend going in one day’s driving but it is worth it. This is a week’s trip and not a weekender. 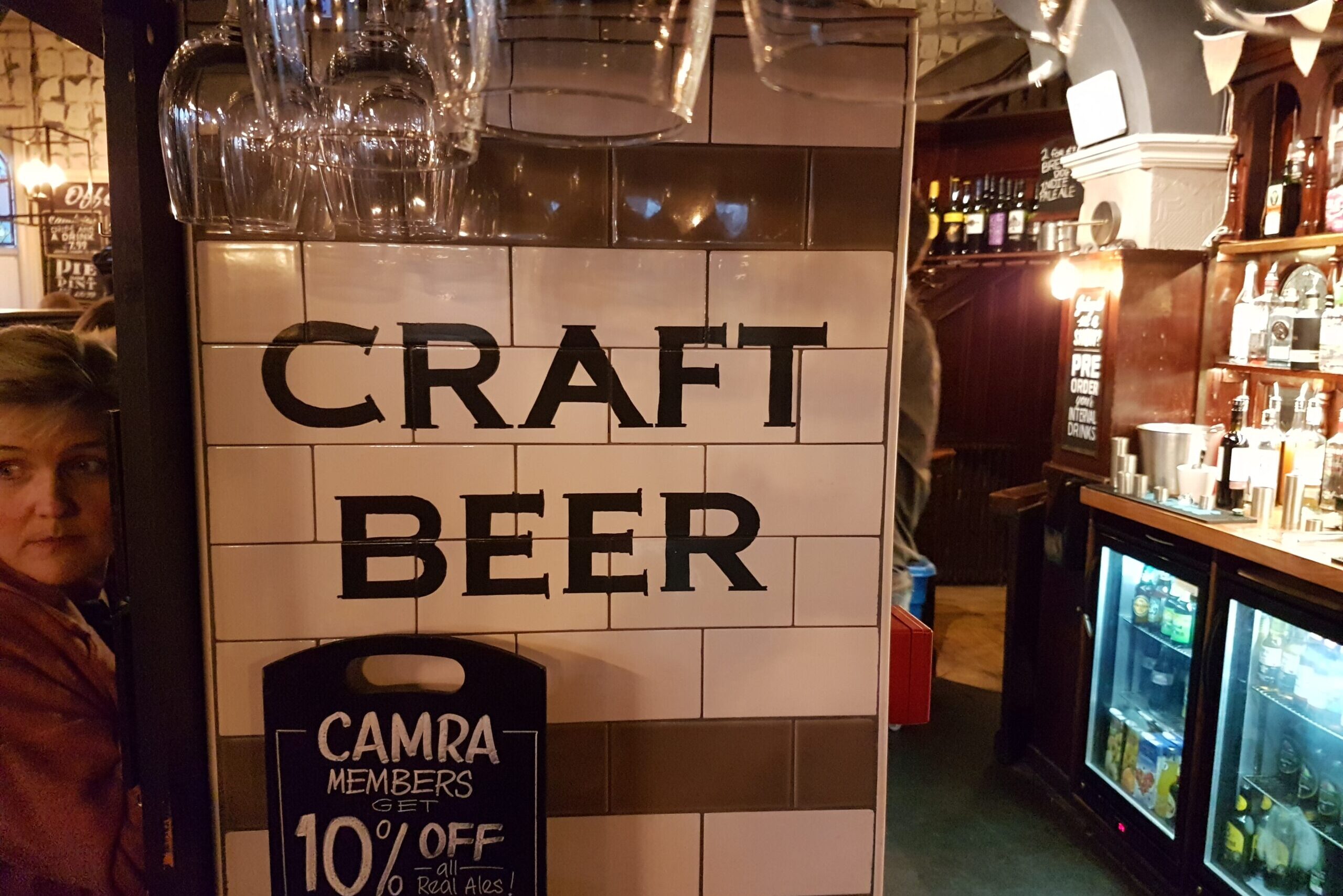 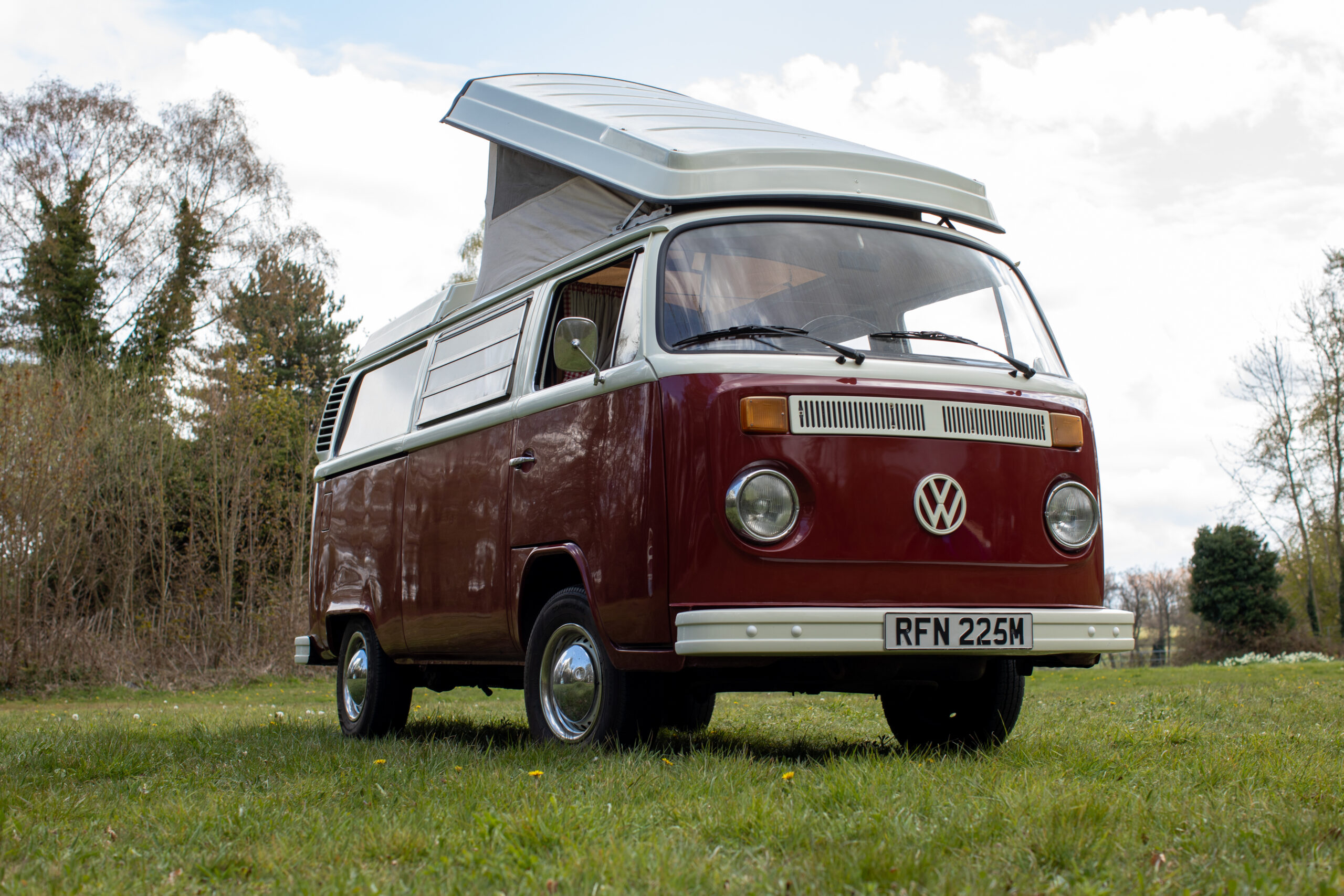 VW Campervan Ruby is an iconic 1974 Westfalia conversion – some say the best interior of any of the 1970’s campers. She was completely professionally restored in 2012 and has been professionally maintained. She had a brand new Volkswagen Heritage engine fitted in April 2015 and a new gearbox in 2017. In burgundy over cream livery our latest campervan is a real head turner.

Ruby is fitted with 4 inertia seatbelts – 2 on the front seats and 2 on the rear seat, plus a lap belt. She has a rock and roll bed that sleeps 2 adults, a side seat and a bunk in the pop-top roof that would suit 2 children or 1 adult. There are windows in the roof to enhance the experience of sleeping up high!

Ruby has a cooker, a sink with on-board water tank and a cool box to keep your wine or beer chilled. She also has a little wardrobe and other storage space, making the most of all the nooks and crannies within the van.

Fully kitted with pots, pans, cutlery and crockery  Ruby is ready to go. If you would like to chat about hiring Ruby by all means call us on 01522 438888. 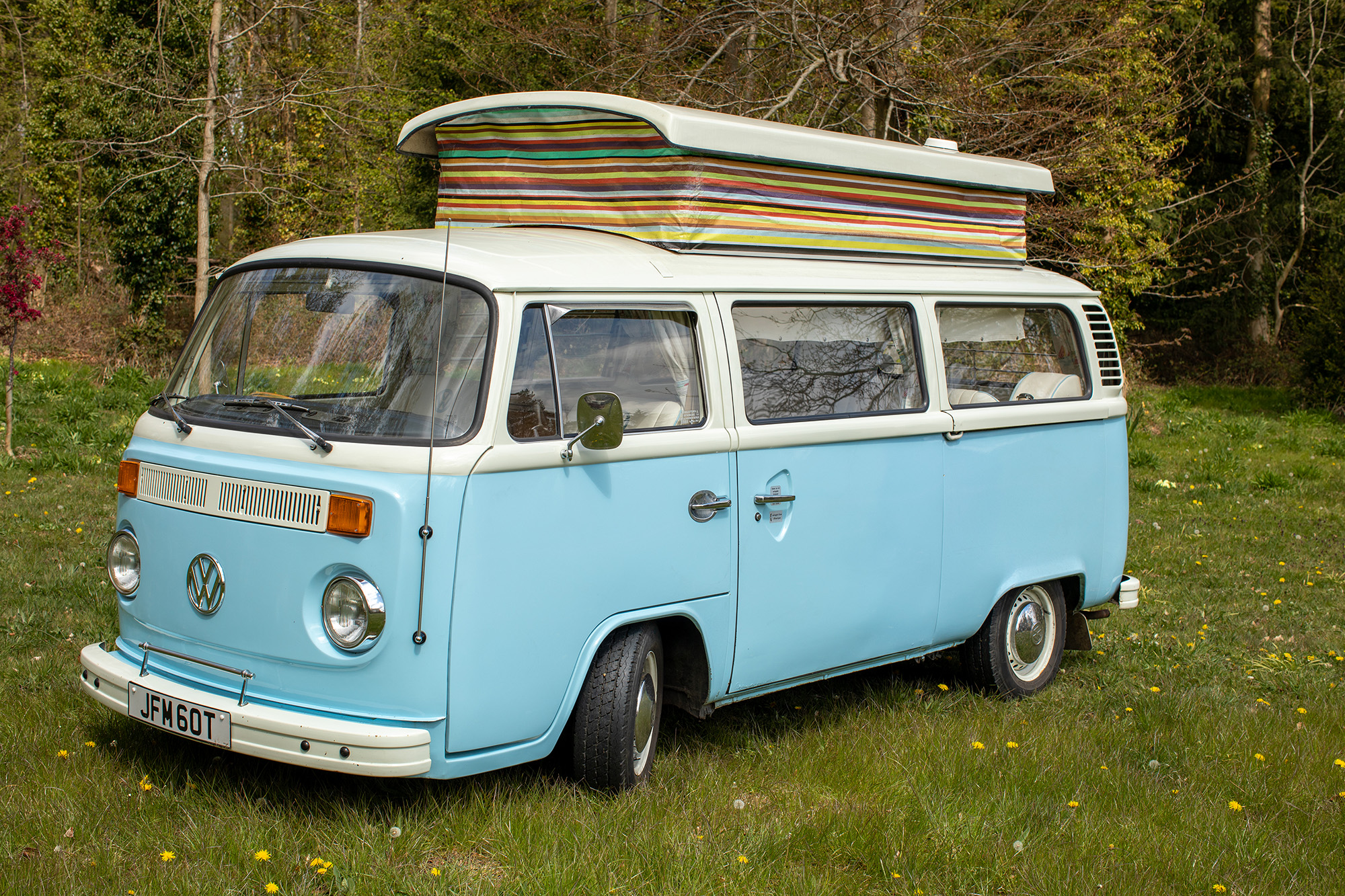 Our second VW Campervan is Bertie, a 1978 VW T2 “late bay” Devon Moonraker, which has been lovingly restored to a impressively high standard. VW Campervan restorations don’t really come much better than this.

Bertie’s colour is a beautiful pastel blue with bespoke American white oak interior. The upholstery has to be seen to be believed in VW branded blue and cream.

Bertie sleeps four inside (2 adults 2 small kids) on a quality upholstered full width rock and roll bed, a bunk in the pop top and a hammock over the front seats.

A Retrosound Model 2 classic radio with i-pod and Bluetooth connectivity ensures you can safely use your phone in hands free mode, play your own music and provide sat nav.

Check out our top tips for making the most out of your VW campervan holiday. If you would like to chat about hiring Bertie by all means call us on 01522 438888. 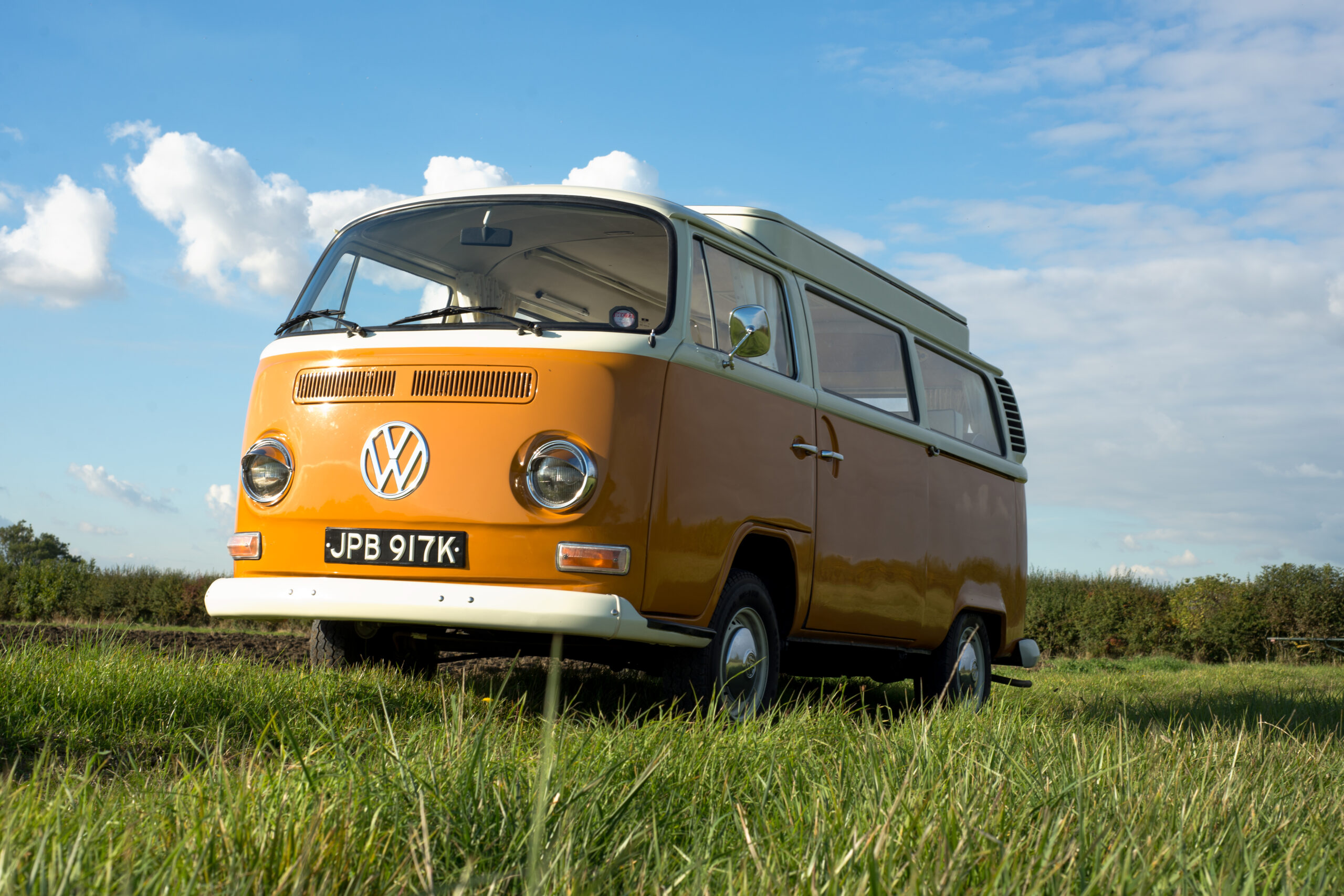 VW Campervan Betty is a classic 1971 conversion from the Devon Moonraker workshop with a walk through aisle for easy access to the rear.

In her original orange and white livery Betty attracts attention wherever she goes. She had a brand new Volkswagen Heritage engine fitted in 2020.

Betty has 2 inertia seat belts on the front seats and 2 lap belts on the rear seat plus a rear facing jump seat that can be used to sit opposite each other when you are eating in the van.

A ¾ sized rock and roll bed offers a comfortable night’s sleep for 2 adults and a pop top allows you to stand upright inside the van.

The 2 ring gas cooker with grill, a sink with on-board water storage and a cool box to keep your wine or beer chilled provide all the facilities you will need for your trip. She also has a little wardrobe and plenty of other storage space, making the most of all the nooks and crannies within the van.

Fully kitted with pots, pans, cutlery and crockery  Betty is ready to go. If you would like to chat about hiring Betty by all means call us on 01522 438888.